PREVENTION OF DEPRESSIONS AND SUICIDAL BEHAVIOR

Prevention of depression and suicidal behavior

Depression is one of the most common mental illnesses. Globally, depression affects about 5% of the population. The age of onset of the disease is 30-40 years. Women get sick 2 times more often than men.

What are the manifestations of depression? The main manifestation of depression is a persistent depressed mood. A person usually says that he experiences melancholy, frustration, joylessness, apathy, oppression. Moreover, a low mood arises as a response to external circumstances (quarrels, conflicts, illness of family members, large monetary losses), as well as without an external reason. The peculiarity of depression is that the unpleasant events have long passed or ended well, but the depressed mood remains. This feeling is completely irrational and does not depend on the social and material state of a person. At one time, Jack London, Savva Morozov, A.S. Pushkin, L.N. Tolstoy, Winston Churchill suffered from depression.

The second major manifestation of depression is the loss of previous interests and the ability to enjoy things that were previously enjoyable. A person feels "like a squeezed lemon." Work, money, food, sex, travel, even the closest people become indifferent.

The third major manifestation of depression is fatigue and motor retardation. It is difficult for a person to carry out their daily duties (going to the store, cooking, cleaning the apartment). Patients often say that they "do everything by forcing themselves." The professional activity of a person deteriorates, the state of health decreases, self-confidence is lost. A person suddenly feels stupid (it is difficult for him to make decisions, to concentrate on work, he feels worthless). The characteristic appearance of a depressed person is a pale face, a dull look, drooping shoulders, indifference to one's appearance, the absence of cosmetics and jewelry in women and gloomy tones prevail in clothes. The voice of such people is quiet, monotonous. Thoughts are of predominantly negative content ("everything is bad", "nothing can be changed for the better", "there is no way out", "I feel a dead end"). With depression, libido disappears, appetite decreases or is completely absent, body weight decreases, sleep is disturbed (a person falls asleep easily, and then wakes up at 3-4 a.m. and can't fall asleep). Discomfort from the internal organs is possible (headaches, pressure in the heart, "a heavy heart", pain in the body, "the whole body hurts, as if from beating"). Depressed patients feel worse in the morning and better in the afternoon. With depression, 60-70% of patients think about suicide, and 10-15% commit it.

Despite the fact that in the world over the past decades, the statistics of suicides have been slowly, but steadily decreasing, the problem remains relevant in many countries.

Suicide is defined as death caused by self-harming behavior with intent to die as a result of such behavior.

All people who decided to die of their own free will have different grounds and reasons:

A high level is observed in the countries of Eastern Europe (Russia, Ukraine, Belarus, the Baltic countries, the Scandinavian countries (except Norway), as well as the Central European countries (Germany, Switzerland, Austria).

The baltic republic retains the first place in the number of suicides in the world.

This example of developed Korea shows that this list may include high-tech countries with a developed economy and a high standard of living.

As can be seen from the rating, it is dominated by former Soviet Republics, former Dutch colonies in South America. Africa's leader in terms of HIV incidence and, as an exception, is the quite successful Republic of Korea (the statistics of suicides are not bypassed by quite successful developed countries).

Suicide is the intentional deprivation of life. What is the cause of suicide and why do people commit suicide? Usually the prerequisite for any suicide is some unresolved problem that a person cannot solve in another way. But more often it is a series of reasons that converge at one point. Such reasons can be mental disorders (depression, alcoholism, schizophrenia, drug addiction), social (death of loved ones, loss of work, great financial loss, isolation), somatic (cancer, progressive neurological diseases, old age).

What to do to prevent suicide? The idea of ​​suicide, as a rule, is formed for a long time, so there is time and an opportunity to prevent it. First of all, it is necessary to call this person to be frank. Do not feel embarrassed or confused. Give the person a chance to talk. Discuss with him his problems and ways out of the crisis, offer him help. Don't leave him alone, stay with him. Ask other family members to be with him. Do not demand “never do it”. Remove potentially dangerous items from the house (large quantities of medicines, household poisons, technical fluids, cold weapons and firearms). Refuse for this period from long trips, business trips. It will always be better if you and this person see a therapist or psychiatrist. A person who decides to commit suicide needs the help of a specialist. Where is it better to go? 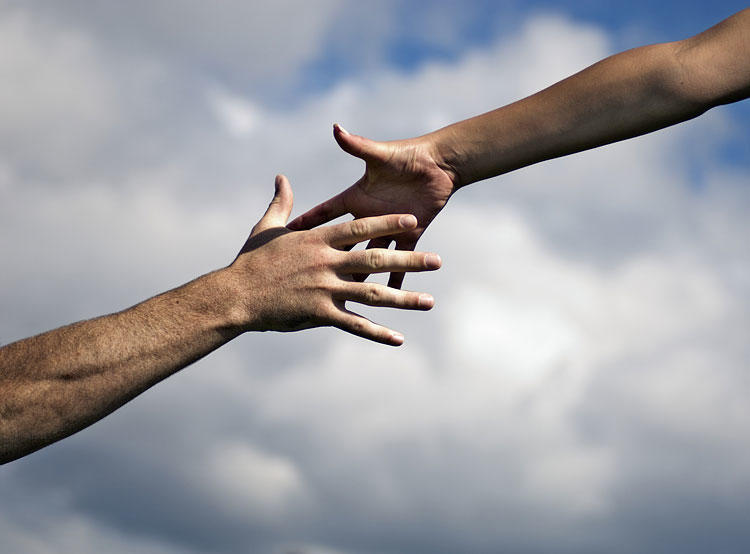 What should not be done to loved ones?

- Avoid discussing this topic with a person who has decided to commit suicide;

- Joke, to tell jokes from the field of "black" humor;

- Treat suicide as something “frivolous”, “stupid”, “a manifestation of a weak character”;

- Give moral assessments of what is happening -- "aren't you ashamed to say such things?", "pull yourself together!", "have you thought about the family?";

- Consider that a person is "playing the fool", "trying to manipulate others";

- Try to shock a person who made a suicidal attempt -- "why didn't you finish it?", "maybe I can help you do it?" etc. Depression is a medical condition that must be treated. Treatment can be outpatient and inpatient. Antidepressants are used to treat depression. The doctor will prescribe the necessary drug, select the dose.

What to do to prevent depression in the future? Bring more fun to life. People who make high demands on themselves often suffer from depression, “keep themselves in tight hands.” Always try to find time and money for pleasant entertainment – traveling, buying a new thing, an interesting acquaintance, watching an interesting movie, good food. Love yourself and maintain a high level of self-esteem. Don't be lonely – try to build good interpersonal relationships, communication protects a person from depression. Stay fit. Eat correctly and regularly, keep a constant weight, watch your body, avoid alcohol abuse. Monitor your mental health. Depression doesn't start overnight. If you feel her approaching, see your doctor.

Call and get help

the phone of the city center of borderline states

Material prepared on the basis of WHO information and open sources