On average, almost 3000 people commit suicide daily. For every person who completes a suicide, 20 or more may attempt to end their lives. According to the WHO, the total number of suicide deaths is now approaching a million a year. The trends are such that the number of suicides is likely to increase by one and a half times till 2020. About 2000 people in Belarus commit suicide every year. This exceeds the statistics of deaths from road accidents. In addition to committed suicides, there are 1500 unsuccessful suicide attempts every day.

According to the World Health Organization recommendation, September 10 is considered World Suicide Prevention Day annually. This day is intended to draw the attention of government bodies, deputy corpus, medical workers, organizations and institutions of various departmental affiliations, public and religious organizations and individual citizens to the problem of suicidal behavior.

The global goal of World Suicide Prevention Day is to reduce the suicidal activity of the population (reduce the level of suicides).

Suicide is a phenomenon that inherent only to people. This is a social phenomenon that, to a certain extent, depends on the structure and well-being of a particular society. In addition, this is an individual reaction of a person to a conflict (crisis) situation, which is determined by the personality characteristics of a particular individual and occurs in any society regardless of its political and socio-economic structure.

Suicide prevention is a difficult but feasible complex non-medical task. To solve this task, efforts of many ministries and departments, organizations and institutions, local executive and regulatory bodies, public associations and traditional religious confessions are united in the Republic of Belarus.

There is no single reason for suicidal behavior. The indicators of suicidal activity fluctuate significantly in different countries, depending on the region, climatic and socio-economic conditions of residence, political situation, national and cultural characteristics, traditions and religious attitudes.

Who is at risk?

Although there is a clear interconnection between suicide and mental disorders (primarily depression and alcohol disorders) in high-income countries, many suicides are committed impulsively during moments of crisis, when a person loses the ability to cope with stressful situations in life, such as financial problems, relationships breakup or chronic pain and disease.

In addition, suicidal behavior is highly associated with conflicts, natural disasters, violence, abuse or loss and feelings of isolation. Among the most vulnerable groups that are discriminated, such as refugees and migrants, indigenous population, lesbians, homosexualists, bisexualists, transgenders and intersexualists (LGBTI), as well as prisoners, suicide rates are also high. The strongest risk factor for suicide is a prior suicide attempt.

ASSISTANCE IN CASE OF POTENTIAL SUICIDE

1. Establish attentive relationships. Much depends on the quality of your relationships. They should be expressed not only by words, but also by non-verbal empathy; support is more appropriate than moralizing in these circumstances. 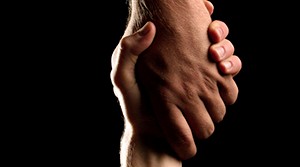 2. Do not leave the person alone in a high suicidal risk situation. Stay with him as long as possible or ask someone to stay until the crisis is resolved or help comes. You may need to call an ambulance station or a specialist. 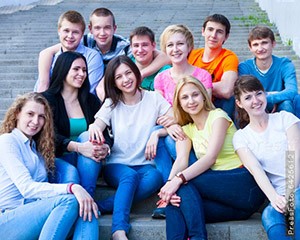 3. Be an attentive listener. Suiciders especially suffer from intense feelings of alienation. Because of this, they are not inclined to accept your advice. Much more they need to discuss their pain, frustration and things they talk about: «I have nothing to live for».

4. When you enter the discussion with a depressed person, do not argue, since you can not only lose the debate, but also lose the person himself.

5. Ask questions. The best way to intervene in a crisis is to carefully ask a direct question: «Do you think about suicide?». It will not lead to such a thought if the person doesn’t have it; vice versa, when he thinks about suicide and finally finds someone who cares about his feelings and who agrees to discuss this forbidden topic, then he often feels relief since he is given the opportunity to understand his feelings.

6. Don't offer unnecessary consolations. A person can be driven to suicide by banal consolations just when he desperately needs sincere, attentive and frank participation in his fate. Suicidal people disdain remarks like «it doesn’t matter, everyone has the same problems as you» and other similar cliches, since they are in stark contrast to their suffering. 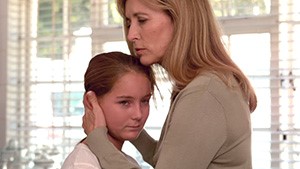 7. Suggest constructive approaches. Instead of telling the suicider «think about the pain your death will bring to your loved ones», ask him to think about alternative solutions that may not have crossed his mind yet.

8. Inspire hope. Hope helps a person get out of his suicidal thoughts. The loss of hopes for a decent future is reflected in the notes left by suiciders.

9. Seek professional help. Work with self-destructive, depressed people is serious and responsible. Their minds cannot reconstruct a complete picture of how unbearable problems should be dealt with. Sometimes, if the situation turns out to be hopeless, the only alternative help for a suicider is taking to a specialized hospital. Delay can be dangerous; hospitalization can bring relief to both the patient and his environment. 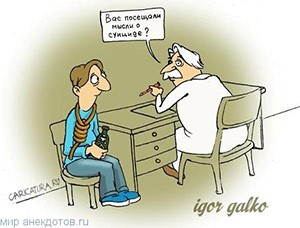 Planned versatile and multi-level work that unites the efforts of the state and society is carried out in the Republic of Belarus for many years to prevent suicidal activity of the population.

Thanks to the joint efforts of government bodies, institutions and organizations of various departmental affiliations and public associations, the suicide rate among the population has decreased and reached the average level according to the WHO scale – less than 20 cases per 100 000 of population.

Our life is unpredictable: today everything is fine, but tomorrow something unexpected that can turn our entire existence upside down may happen.

What should a person do in such a situation if no one is around to support?

Where someone who has lost a loved one, job or property, someone who is seriously ill or has just left prison and wants to start a new life can find support?

For this reason, an emergency psychological assistance service by telephone, or, in the simplest terms, "Trust lines" have been created in the country.

Specialists will hear out your problem and give recommendations on how to proceed, make an appointment or tell you where to go next.

Call, they will help you!

telephone of the city center of border states

PROBLEMS THAT SEEM TO BE INSOLUBLE, CAUSE DEEP MENTAL STRESS, ANGUISH, ANXIETY AND EVEN DESPAIR MAY OCCUR IN EVERY PERSON'S LIFE. IN SUCH MINUTES IT IS DIFFICULT TO FIND A WAY OUT OF THE CREATED SITUATION. DO NOT YIELD TO A MINUTE WEAKNESS! DIAL THE MENTIONED ABOVE PHONE NUMBER. PSYCHOLOGISTS WILL LISTEN TO YOU CAREFULLY, HELP YOU COPE WITH ANXIETY THOUGHTS AND GET SELF-CONFIDENCE, GIVE GOOD AND NECESSARY ADVICE AT ANY TIME OF THE DAY.

of the 4th city clinical hospital named after M. Saŭčanka         A. Michalievič